A 5 star review in The Flickering Myth. So pleased for Tania and the full cast and crew. Check it out.

The Further Adventures of Anse and Bhule in No Man’s Land, 2013. 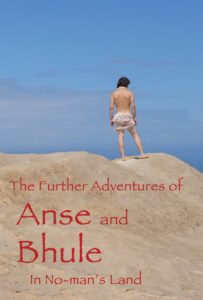 The Further Adventures of Anse and Bhule is a post-apocalyptic, love story following a cult of men as they discover women from a dueling tribe, shattering and transforming each others fears, beliefs and cultures forever. 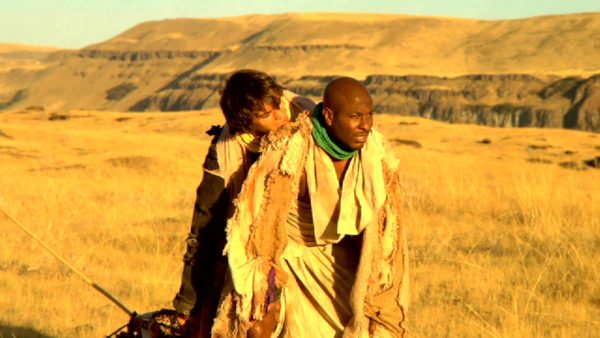 “When everything turns to dust, all you have left is what you can do to remember.”

30 years after “the bust up,” a band of boys in an orphanage have turned into “clubbers” – men who clean up their neighboring wasteland of radiation-sickened people that wander into their corner of the urban decay. The alpha male is Anse (Garfield Wedderburn), a poetic strongman whose second in command is the gentle dreamer Bhule (Daniel Hill), who has a recollection of his life as a child, but every new day seems to eat away at his innocence, particularly if he and Anse impose upon themselves the ritual of killing someone they deem unclean or unfit to survive beside them. One day when the winds are particularly harsh, they venture out further into the wastelands than they’ve ever been, and they encounter an old woman and her daughter, who’s about their age. In a hasty decision, Anse kills the old woman (Lorraine Bahr) because of her strange visage and lyrical words (maybe she’s evil, he thinks), and her daughter Persephone (Kelly Tallent) is heartbroken and crushed that these ignorant clubbers have taken from her what can never be replaced. Before they can kill her too, she convinces Bhule to turn against Anse, and using the time she has with her new ally to turn him over to reason and sense, Bhule realizes with some slowly building knowledge that Persephone is, in part, the beginning of his salvation. He then shares this new viewpoint with Anse, who also eventually sees that they should be working together in peace instead of fighting each other. The future for these three has limitless potential… 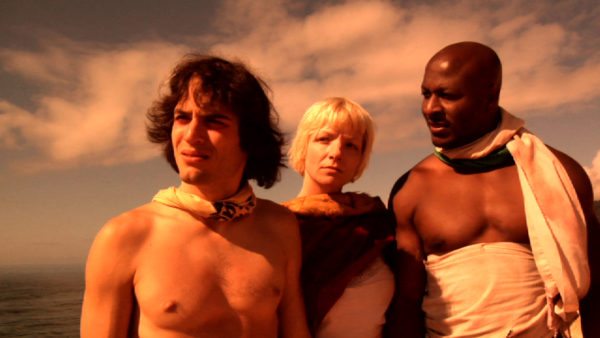 I casually and blindly found The Further Adventures of Anse and Bhule in No Man’s Land on Amazon video, and I began watching it, thinking I was going to be getting yet another no-budget time waster about zombies or some other ungodly thing. I had the subtitles on (thank goodness), and suddenly after about 10 minutes I realized with a stark clarity that I was watching something made by master storytellers and visionaries. Over the course of an hour and forty-five minutes, this film transported me to a fully realized and stunningly written post-apocalyptic future world that was immediately relatable and believable. It reminded me of Zardoz, Mad Max Beyond Thunderdome,Dark Enemy, and Black Pearl, all singularly original films that had awesome stories to tell in vastly unique ways, and this one shook me up hard and made me think, made me reason, and even made me laugh as the characters who had made up their own language discovered things about themselves and about the world they were living in. Everything from the set design, make-up, costumes, music, and performances in this movie feels absolutely perfect. This was an astonishing little movie, and I’m eternally grateful for discovering it, virtually by accident. From the collective performance group Sowelu Theater, director Barry Hunt, and playwright Tania Myren. If you’re ready to see and experience something completely off everyone else’s radar in the post-apocalyptic genre, here is one of the best the genre has to offer.

Should you ever have a question, please dont hesitate to send a message or reach out on our social media.